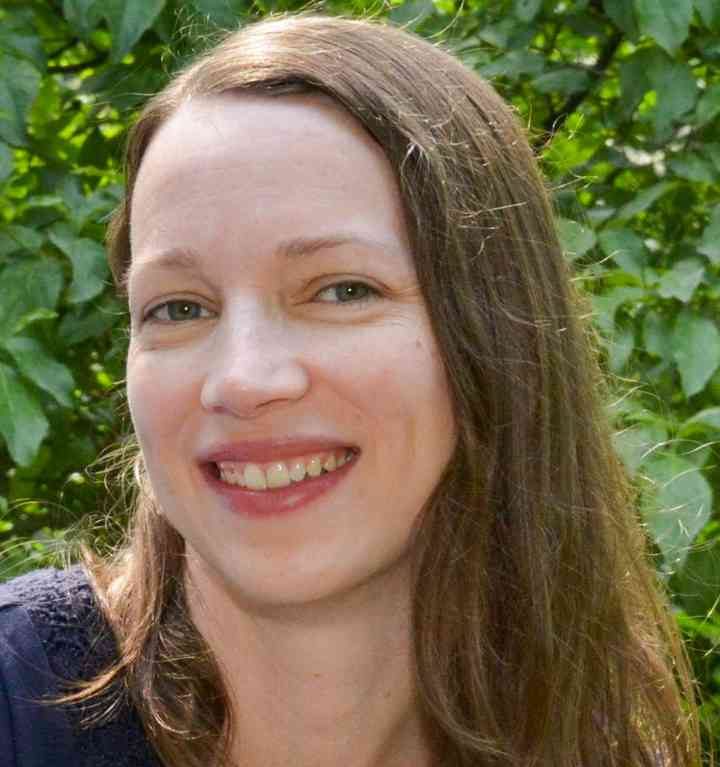 She served in the Peace Corps in Mauritania, West Africa from 2000-2002 as a Small Enterprise Development Volunteer and worked as a business educator in a government-run trade school.  During her service, she also held the position of Gender and Development Coordinator and facilitated the opening of eight girls' mentoring centers across the country.  In addition, Molly worked in the New York Regional Office of the Peace Corps as the Public Affairs Specialist for over six years, including overseeing Peace Corps' 50th anniversary celebrations.

Molly is currently the Communications Director at Kulanu. She has an extensive background working in nonprofit communications, having worked with StrongMinds, Global Nomads Group, Peace Corps, and Seeds of Peace.

Molly holds an M.A. from Emerson College in Global Marketing Communications and a B.A. in Communication Studies from Ursinus College. 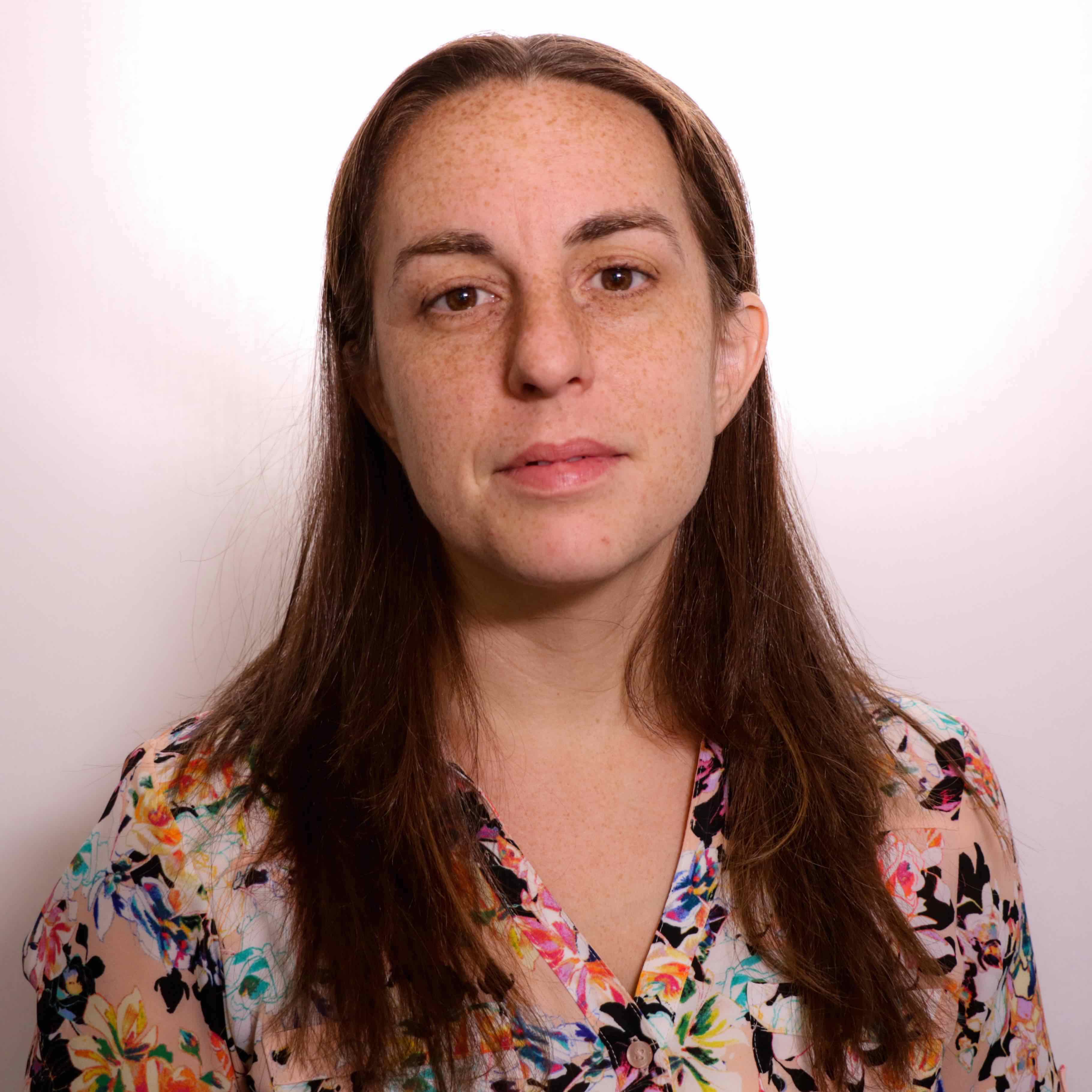 Lenore is a graduate of Central Michigan University with a degree in Child Development and Spanish.  Following graduation, Lenore joined AmeriCorps VISTA serving the Anaheim and Magnolia School Districts Early Education Program.  After her service term, she worked for 2-1-1 Orange County managing the database of social service agencies for all of Orange County, CA.  Her experience with AmeriCorps, local non-profits and Head Start as well as her background in child development assisted her position as a Youth Development volunteer in Honduras where she served from 2008-2010.  Upon returning to the United States, Lenore returned to Michigan where she worked with Early Head Start before accepting a position with the State of Michigan Department of Health and Human Services working in child welfare.  Lenore married a Honduran national following her service, which led her to New Jersey in 2016.  She has since been employed by umbrella (formerly Foster and Adoptive Services) and continues her dedication to child welfare as she serves to advocate and support foster, kinship and adoptive families throughout the state.  Lenore resides in Mercer County with her husband and son and spends her free time running in the woods. 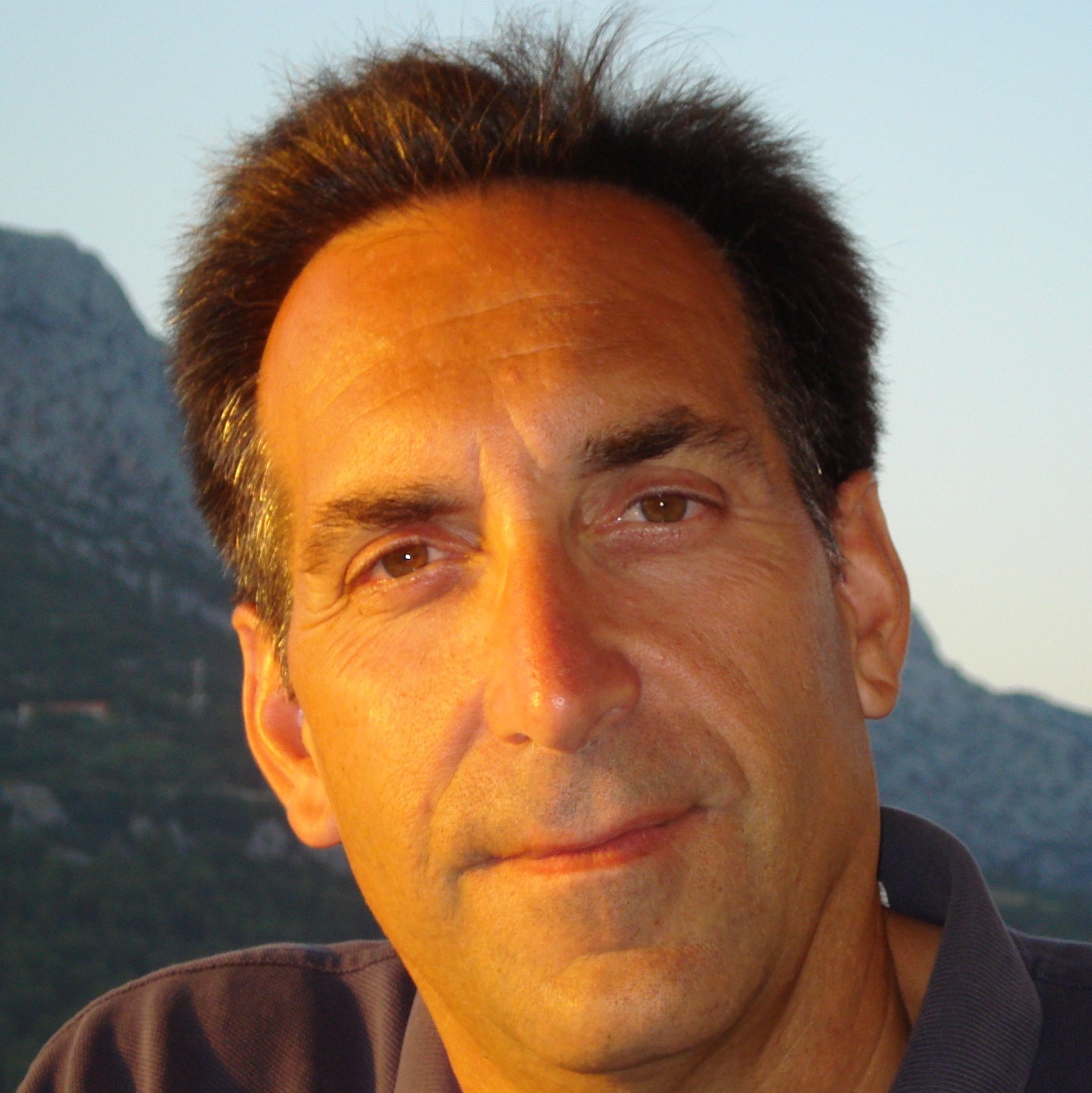 Dave is currently the CFO of Paterson Habitat for Humanity where he has worked for the past 9 years.  He has over 25 years of management experience in the not-for-profit, for-profit, and international development worlds, primarily in the areas of strategic planning, FP&A, and business development.  He served in the Peace Corps in Albania as a Small Business Advisor from 1993-1995.  Upon return, he served as the Managing Director of the Albanian-American Enterprise Fund, a non-profit venture capital and economic development fund.  Dave has also been a middle school math teacher.  He has a BA in Economics from Lafayette College and an MBA from New York University. 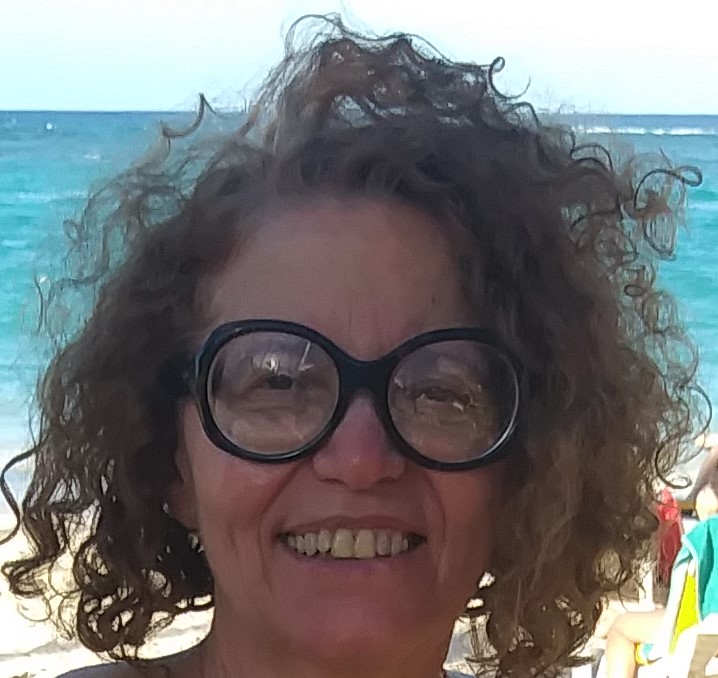 Lisa Breslof taught marine science to NYC Department of Education K-8 grades and conducted professional development for teachers and principals at the American Museum of Natural History as a Museum Science Instructor and Supervising Museum Science Instructor from 1983-2009. Later on, as Collections Manager, she managed the Education Department’s 150-year-old teaching collection from 2009-2020 making it accessible to Department teaching staff and the Museum’s Department of Communications.

Lisa retired as a secretary serving on the board of the John Burroughs Association in 2015 where she developed and directed annual literary awards events at AMNH and managed conservation and stewardship programs, for its Catskill nature sanctuary, and oversaw restoration efforts for its National Historic Landmark cabin, Slabsides.

Lisa has served and continues to serve on committees for the New York State Marine Education Association annual and National conferences.  She currently serves as secretary on the board.

She served in the Peace Corps in Chile from 1977-1979 where she developed a marine algae aquaculture program for local Chilean fisherman and residents consisting of farming marine algae and seaweed greeting card product development.  Lisa is passionate about the conservation and stewardship of our planet and its oceans and believes in providing the education and inspiration, resources, and opportunities for people to enjoy so as to preserve and protect the rich and resourceful world we inhabit.

She received her B.S. degree in Marine Science from Stockton College in New Jersey and her M.S.Ed degree in Museum Leadership from Bank Street College of Education in New York City. 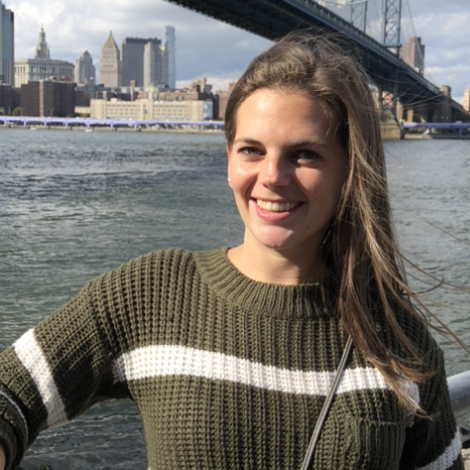 I served as a rural community health volunteer in the northeast of Benin in a small village named Kassakou. Serving as a Peace Corps volunteer seemed like fate for me as both my parents served as well, my mother in the Philippines and my father in Cameroon. During my service, I was paired with the local community health center and frequently assisted with the routine vaccinations and baby weighings at the center. I also worked closely with the schools and coordinated a regional camp for girls among other projects.

Originally, I am from North Carolina and attended UNC-Chapel Hill for my undergraduate studies. Upon graduation, I joined the Peace Corps and served a 2-year term. I then went on to study public health at Johns Hopkins University in Baltimore. From there, I continued working in global health with a non-profit focused on maternal and child health. After living in Baltimore for a few years, I wanted to get back abroad and took a job working with the Guinea Worm Eradication Program in Chad. I am now currently working with the New Jersey Department of Health and living in central New Jersey. Although I am not from New Jersey, my dad was born and raised in Union County so it still feels a little like home here. I love to explore all of the trails and cultural events that this state has to offer.

Lisa M. Scorsolini, Esq. is currently the Assistant Township Attorney for the Township of Wayne in Passaic County where she is responsible for providing legal counsel to the Mayor, Township Council and Administration, drafting legislation (ordinances) and resolutions, reviewing contracts, and ensuring compliance with the various state laws that govern municipalities in the State of New Jersey such as the Open Public Records Act, Open Public Meetings Act, Local Public Contracts Law, Faulkner Act, and the Municipal Land Use Law.

Before joining the Township in 2014, Ms. Scorsolini previously served as an Assistant Prosecutor/Deputy Attorney General for the Morris County Prosecutor’s Office, having worked in the Domestic Violence and Trial Divisions, appearing regularly before the Criminal and Family Divisions of the Superior Court of New Jersey as well as the Appellate Division.

Prior to law school, Ms. Scorsolini spent six years overseas, having enjoyed a career in international development managing multi-faceted USAID and Department of State funded projects in business support and NGO development working in both Armenia and Georgia for International Executive Service Corps (IESC) and Counterpart International, respectively, following her service as a Peace Corps Volunteer (Armenia, 1997-99). She also worked for the Port Authority of NY & NJ as an International Marketing Manager with the World Trade Institute.

Ms. Scorsolini currently serves on the boards of NJ Appleseed Public Interest Law Center and PLANewark, and has been Treasurer for her condominium association since 2006.  She is a graduate of Seton Hall University Law School where she served as Managing Editor of the Seton Hall Circuit Review.  She received her BA degree from Johns Hopkins University double-majoring in International Studies and Hispanic and Italian Studies. 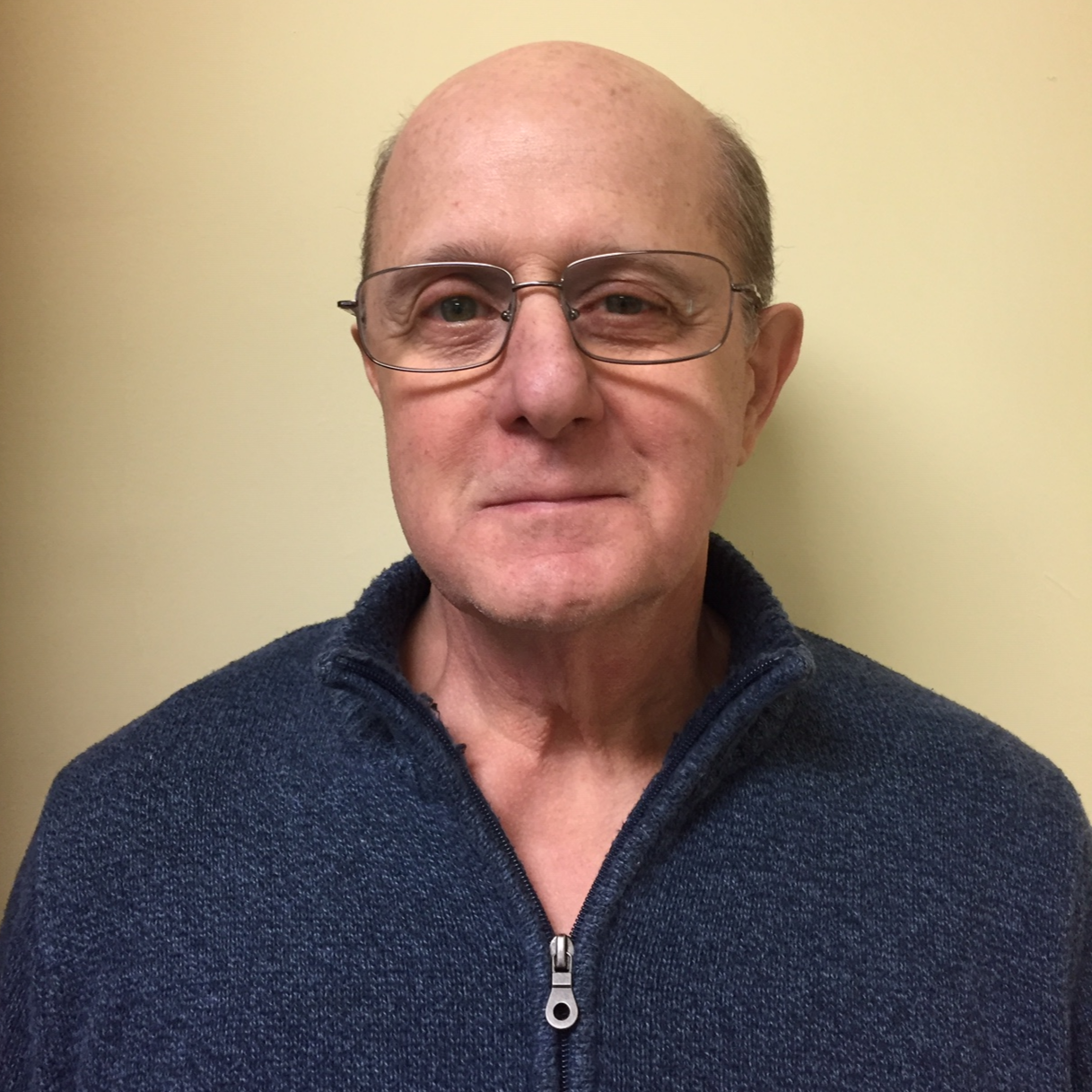 Taught science and math at a Teacher Training College in Ghana for 2 years while in the Peace Corps.  The next 34 years were spent as a science teacher, principal and central office administrator in New Jersey.  The 11 years following retirement were dedicated to operating a small construction business.  Full retirement is now being enjoyed. 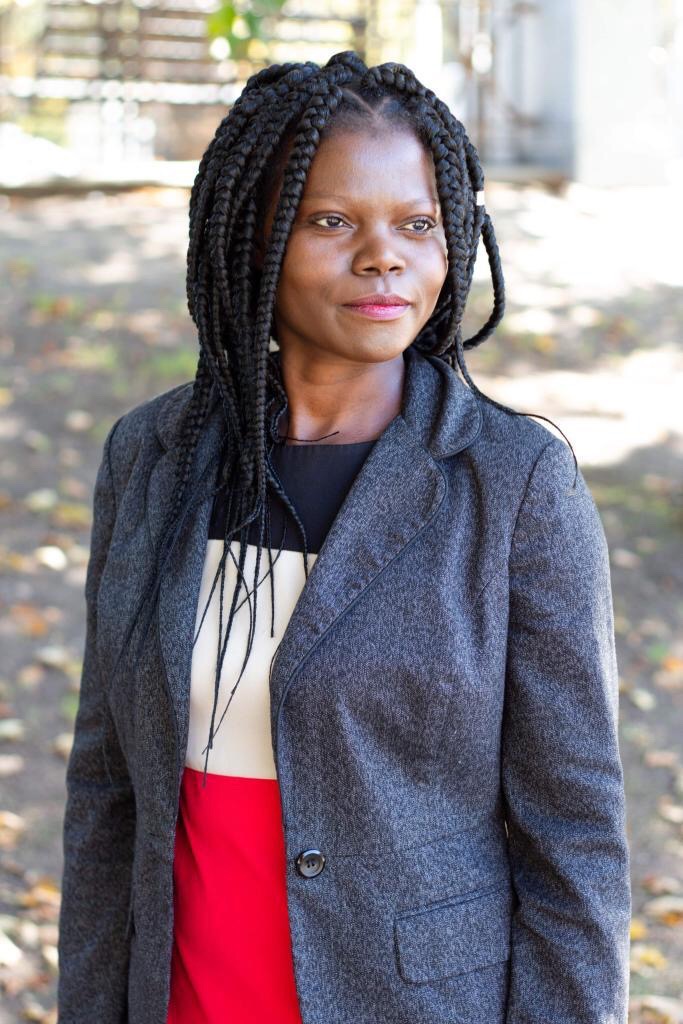 Violet Esipila was a United States Peace Corps Ukraine Volunteer; she devoted 90 percent of her international development in non-governmental organizations (NGOs) in ensuring and increasing effective strategic planning in multiple social issues. Her focused in included empowering youth, women, and primary teachers in the areas of educational best practices on raising awareness of gender equality, leadership, HIV/AIDs, disabilities, and early detection methods of breast cancer. Her recent activities included partnering with international partners in planning, organizing, and implementing early detection of breast cancer awareness in a community of over 400,000 thousand people in Ukraine.

Her education background includes a Bachelor’s degree in Sociology from William Paterson University and a Master’s degree in Human Resources and Employment Relations from Penn State University. 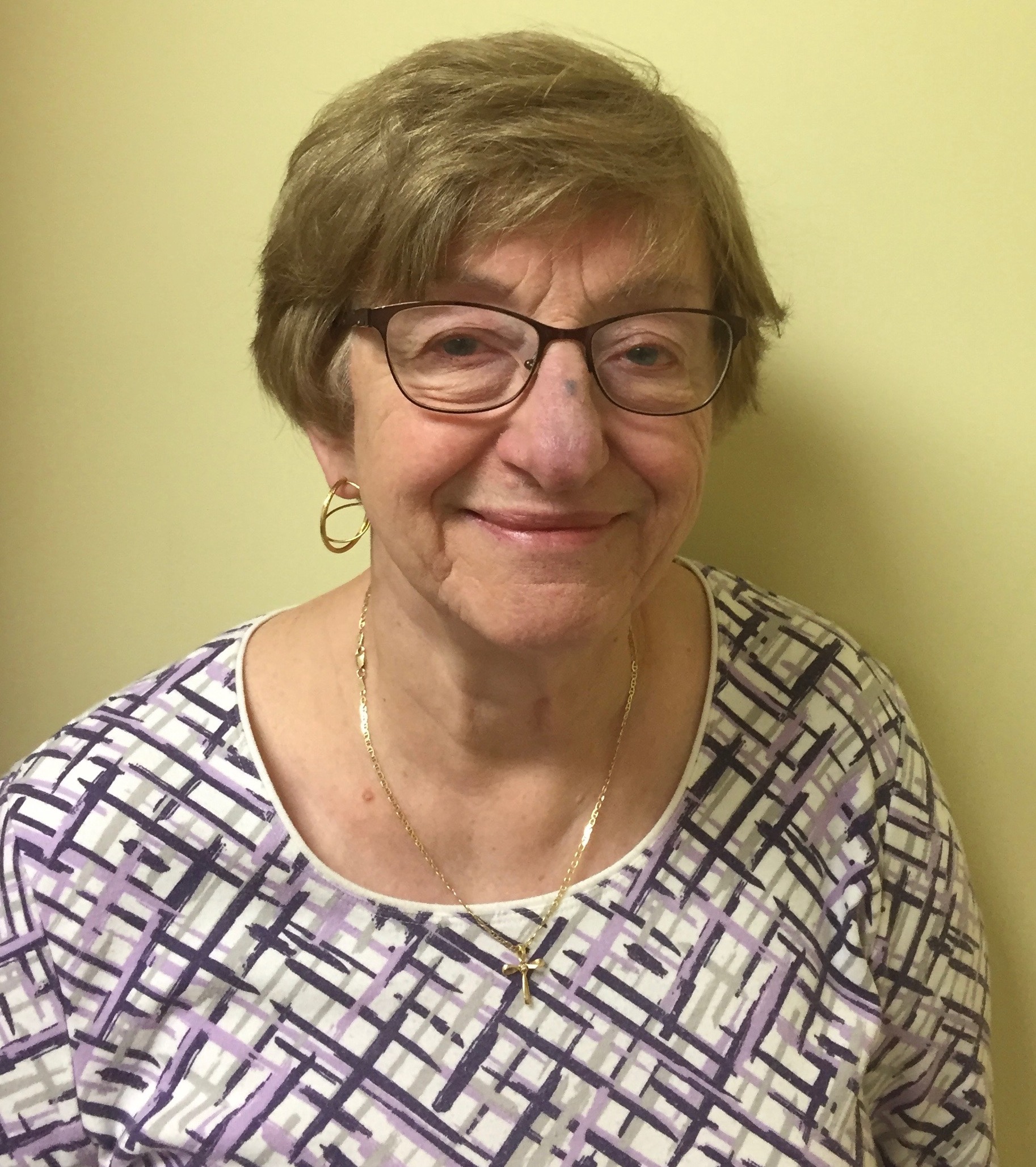 Born in Jersey City, NJ, moved to Brooklyn, NY where I lived until 6. My family returned to Jersey City where I spent the next 60 years minus the 2 years I lived in Iran. I attended Catholic elementary and high schools and two Catholic colleges. After working as a social studies teacher in Snyder High School in JC, I applied to the Peace Corps

and was accepted in 1966 to serve in Iran as a TEFL teacher in Ahvaz in southern Iran.

When I returned home, I finished my MA in European History at Seton Hall U and began another MA program in Near East Languages and Literature at NYU at night. I continued teaching in Jersey City days for the next 30 years. When Nick Montalto became Director of the New Jersey International Institute, an organization which assisted immigrants and refugees, he asked me to serve on the board-which I did for many years.

When returned volunteers began to form a state group, I joined at once (1979-89). I served on the board as secretary and later as president. Now I serve to maintain records on projects that RPCVNJ has supported, most through the Peace Corps Partnership Program. After I moved to Wayne,NJ I joined several activities at my parish Our Lady of Consolation and became a member of  WayneUNICO, an Italian-American service organization.  So I am busy with old and new activities and try to keep young at heart and healthy. I try to make some time to travel to RPCV meetings and conferences and for fun. 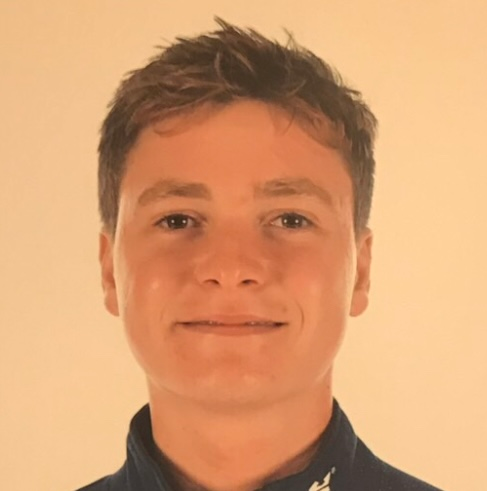 Michael served in Peace Corps Fiji from 2019-2020 as a Youth Development Volunteer and worked as an educator at Sawau District School. He was evacuated due to Covid in 2020. His village was Dakuibeqa on Beqa Island near the main island of Viti Levu.
Michael graduated from Hofstra University in 2017, where he was on the cross country team. Michael has run three marathons (Philadelphia, Chicago, Berlin). Michael currently works at Zeel, which provides at-home healthcare.